Red Teaming engagements allow organisations to gain a holistic view of their security posture and how resilient they are defending against advanced and determined attackers.

Our consultants have significant experience in performing highly tailored Red Teaming engagements for clients across many industry sectors. 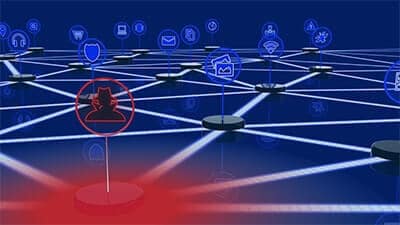 What is red teaming?

Red Teaming is scenario-based penetration testing which aids organisations in gaining a clear understanding of the threats they face. Uniquely, Red Teaming allows business stakeholders to measure how effective their controls and processes are at detecting, containing and preventing highly sophisticated cyber attacks.

Assessments provide assurance of an organisation’s security posture across a range of domains, including user awareness, physical security, incident response and logical security.

Cyber Threat Intelligence (CTI) is the system of ascertaining the risks and threats that organisations face. CTI provides context which helps organisations to better understand how they are likely to be attacked, by whom and the attackers’ modus operandi. These may include internal or external entities, such as organised crime groups, hacktivist groups or nation states.

Red Teaming is known by a range of different terms, most of which are interchangeable. The key item in common is that the testing simulates a targeted attack and it is scenario-based.

Red Teaming is known by a variety of terms, including:

What is CREST STAR?

Armadillo has undergone a rigorous assessment process in order to be accredited as a CREST STAR provider, meaning it can deliver the highest standard of Intelligence-Led Penetration Testing engagements.

Furthermore, Armadillo has both CREST Certified Attack Managers and Specialists on its team of experts.

Our CREST STAR certification can be verified on the following URL:

GBEST is a new scheme based on the CBEST model and is being rolled out across UK Government Departments. The scheme aims to be very similar to CBEST but with some minor differences; for example, a GBEST assessment is expected to take slightly longer than an average CBEST.

The overall scheme is co-ordinated by the Cabinet Office but each exercise is procured, led and ultimately owned by the Government Department carrying out the exercise. The NCSC provide validation of the Threat Intelligence and general technical assurance to each exercise.

The Cabinet Office has decided that CREST STAR accreditation will be an appropriate level to compete for GBEST work.

Furthermore,  as well as the requirement for CREST STAR it also requires that only companies with staff holding the CREST CCAS (Certified Simulated Attack Specialist) and CREST CSAM (Certified Attack Managers) can be part of the GBEST scheme. Armadillo Sec are not only CREST STAR certified,  but our team hold the CCAS and CSAM certifications required.

Our GBEST certification can be verified on the following URL:

What are the benefits of Red Teaming?

Red Teaming helps organisations to understand the effectiveness of their cyber security defences by simulating a targeted attack against one or more critical assets. Conducting a Red Teaming engagement allows business stakeholders to gain a much greater understanding of their resilience to attack from advanced threat actors and how effectively their incident response teams can respond.

The key benefits of performing Red Teaming engagements are:

1. Attack simulation. Identify whether your organisation is susceptible to sophisticated attacks by advanced threat actors.
2. Holistic view of security. The scope of the engagements includes people, process and technology across the enterprise.
3. Assess cyber resilience. Determine how effectively internal teams detect, contain and neutralise threats.

As Red Teaming engagements simulate an external attack, they can also help obtain buy in from the business for significant investments, such as an internal incident response capability or an in-house security operations centres (SOC).

Our team have many years experience conducting a broad range of government and commercial tests and always aim to go the extra mile for our customers. 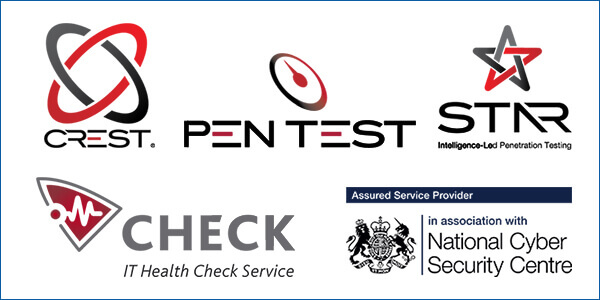 What is the difference between a penetration test and red teaming?

Red Teaming is intended to complement existing penetration testing programmes by ‘chaining together’ and leveraging vulnerabilities identified across the enterprise.

A Red Teaming engagement differs from a Penetration Test in the following key areas:

1. Scenario/Objective-based testing
Red Teaming engagements describe one or more scenarios which are intended to replicate threats an organisation is concerned about. By following the Tactics, Techniques and Procedures (TTPs) of real threat actors, Red Teaming engagements ensure testing is both realistic and representative.

Cyber Threat Intelligence can provide more insight into threats, assess the likelihood of threats being realised and help draw up scenarios for testing.

2. Tailored Scope
Whereas a traditional Penetration Test will typically have a restricted scope of a small number of systems, Red Teaming engagements will seek to identify weaknesses in systems across an enterprise.

Vulnerabilities are chained in order to provide access to higher value assets. This not only offers a more holistic view of security but also helps to more effectively quantify risk. For example, a scenario might require the compromise of endpoints via spear phishing, privilege escalation and lateral movement across the network before gaining access to sensitive funds transfer systems.

Unlike a Penetration Test where internal security teams are made aware of each test, very few internal stakeholders will typically be made aware of a Red Teaming engagement. This allows the client to test the effectiveness of incident response teams and technical controls in a realistic way.

Red Teaming engagements help organisations better understand the full business impact from a sophisticated targeted attack as the scope is not just focussed on isolated systems.

3. Attacker Simulation
Red Teaming engagements do not aim to identify every vulnerability in each system. Instead, the methodology includes the ‘path of least resistance’ meaning an attacker will often target only the essential systems required in order to progress towards the objective systems (known as actions on target).

Another key difference is persistence, defined as an attacker establishing and maintaining access to target networks, either through client-side malware or a physical implant.

How Are Your Testers Qualified? 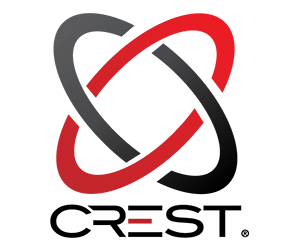 Our CREST member status can be viewed, along with the certified tester types we have on the below link:

Our CHECK status can be viewed on the below link:

When Should I Perform A Red Teaming Engagement?

Organisations often have different drivers for performing a Red Teaming engagement. These can include regulatory requirements, the need to establish a comprehensive view of security across the enterprise or to demonstrate the security posture to business stakeholders or external organisations.

The threat landscape is also relevant as an organisation or industry sector might become aware through Threat Intelligence that they are being actively targeted by a known threat actor. This could be due to competitors being attacked by an adversary or affiliation with a supplier or customer. Alternatively, the use of outsourced services, such as those from a Managed Security Service Provider (MSSP), can often increase the risk of attack.

Depending on the findings, there is often value in repeating Red Teaming engagements after the remediation steps have been actioned, change of key supplier or after significant investment, such as the establishment of an in-house Security Operations Centre (SOC).

How Much Do Red Teaming Engagements Cost?

Before providing a quotation, we will ensure we fully understand your business drivers and what your organisation is looking to gain from the engagement. Only then we can we provide technical scope including costs and options.

What is included in the Red Teaming report?

Upon completion of testing, a detailed report is compiled which contains the following high level sections:

Also included in all engagements is a results presentation to business stakeholders and we encourage clients to also hold a post-engagement workshop with internal SOC or incident response teams so that attack timelines can be compared and correlated.

If the engagement includes Cyber Threat Intelligence (CTI), then this will form a separate report which will be completed before the start of the Penetration Testing. The results of the CTI and selected testing scenario(s) will feed into the testing.

We have developed a Red Teaming testing methodology which helps ensure that testing is consistently kept at a high level, but also ensures the attack simulation remains flexible and as realistic as possible, whilst minimising organisational risk.

The high level steps in the methodology include:

Ready to discuss your project?

We use cookies to ensure that we give you the best experience on our website. You can change your browser settings to disallow cookies at any time, please read our cookie policy for reference links on how you can do this. If you continue without changing your settings, we’ll assume you are happy to receive our cookies. Continue